Around the garden July 2018

It's already midway through August, but better late than never, right? 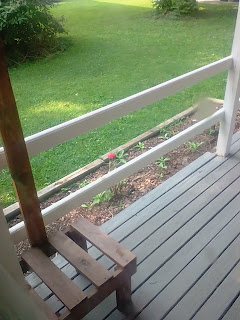 I hacked my rosebushes down to stumps near the end of June/beginning of July. That's totally not the right season for pruning but they've produced 3 or 4 new blooms between them so they're apparently not dead! I'm hoping that next year, since they won't be so spindly, we'll get more blossoms. 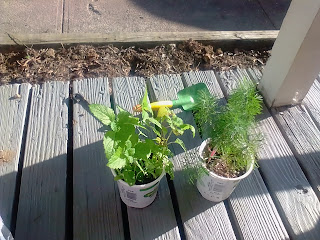 I went to the store for "fresh dill" and came back with a plant. Plus some lemon balm, because it was RIGHT THERE just asking to be brought home with me! 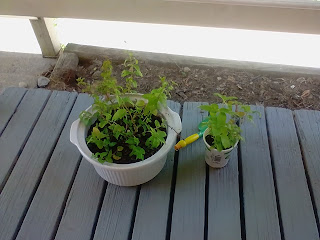 You can tell how much the peppermint has grown by comparing it to the lemon balm. 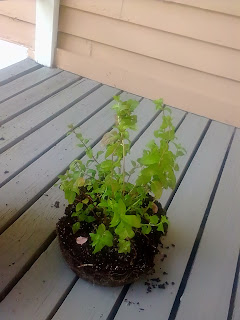 The peppermint was having drainage issues in its previous pot, so I moved it to a different, bigger pot. Judging from the density of the root system, it was hankering for a bigger pot anyway. 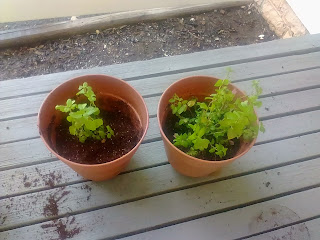 The lemon balm went into a matching pot. (These pots were just sitting in the yard when we moved in. Yay free stuff!) 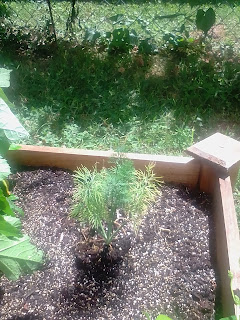 The dill went into the garden bed, in place of the dearly departed sage seedling that Cat uprooted. 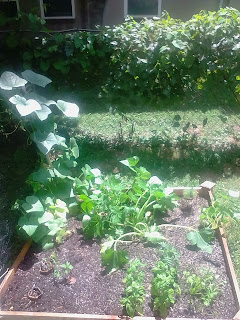 Here's the garden as a whole. Cucumbers continuing to grow like kudzu, beans and basil and parsley doing well, everything else kind of meh.

Okay, the zucchini plant is growing quite fast, but as of this writing it has yet to produce any female flowers so it's definitely not my favorite plant-child right now. 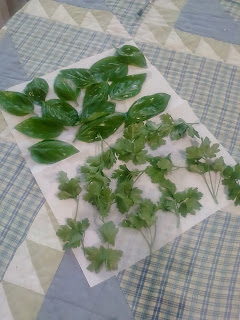 Pictured here: Basil and parsley. I've mostly been using them fresh, but also drying some to see if that works out to keep us in tasty herbs through the winter.

Posted by The Sojourner at 6:42 PM

Patron Saint for 2016: Therese of Lisieux 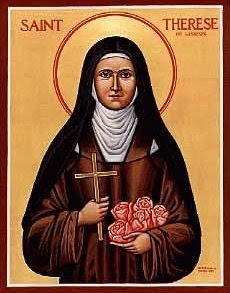